Does Your Organization Crush or Cultivate Creativity?

Why We Use Simulations for Learning

Does Your Organization Crush or Cultivate Creativity? 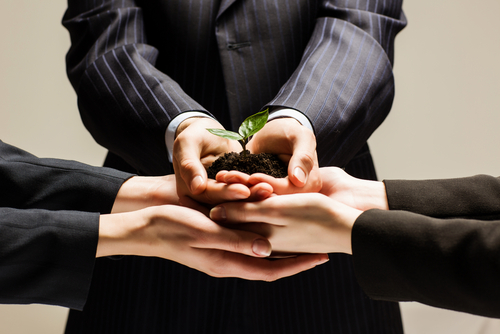 At a time when people are constantly asked to do more with fewer resources, organizations must encourage creativity and innovation. And yet, developing these capabilities continues to be elusive. According to OPM’s 2013 Federal Employee Viewpoint Survey, released in November 2013, only 35 percent of Federal workers believe that creativity and innovation are rewarded, with positive responses in this area down three percentage points since 2012.

Unfortunately, despite all the best intentions and training in the world, most organizational environments crush the first shoots of creativity before they can begin to bloom. The structures that make our organizations productive and effective, the foundation of what we consider good management—accountability, hierarchy, clearly stated requirements, risk avoidance, fiscal responsibility, controls, incentives and rewards—are the very things that can thwart any attempt at creativity. Let’s face it, when first proposed, new ideas can seem bizarre. Can you imagine 10 years ago, what you would have said if someone had come to you and told you that you could share your thoughts and activities with other people anywhere in the world any time of the day on a website called Facebook? What manager in his/her right mind would support something that reeks of risk? And yet, that’s exactly what is required if creativity is to flourish.

Obstacles to Creativity
Pixar President Ed Catmull has been studying creativity throughout his career, and intentionally cultivating it. In a recent book, Creativity, Inc: Overcoming The Unseen Forces That Stand in the Way of True Inspiration, Catmull describes the obstacles to creativity in organizations and the ways that Pixar has found to overcome those obstacles, from simply changing the shape of a conference table to setting aside one day a year for organization-wide problem-solving.

Below are some of the obstacles to creativity that Catmull identifies. Which ones seem familiar to you?

Cultivating Creativity
In creating a culture of creativity, Catmull emphasizes the importance of selecting the right team for each project, saying that the most important thing is to put together a team that can solve problems together. And then, the manager must measure the team not by its successes or mistakes, but by its ability to solve problems.

Catmull also reminds us that “first drafts always suck.” So managers need to protect teams and support them as they go through the “mess” of experimenting and failing and trying again, and balance that protection with the necessity to meet project requirements. Managers must give teams the time they need to work through issues and solve problems along the way to a new solution.

An important part of protecting the team is making room for failure. In the U.S., we typically see failure as something bad, something that happens to people that aren’t good enough or prepared enough. But fear of failure can shut down creativity. In a recent interview on NPR, Catmull said, “Failure is not a necessary evil; it is a necessary consequence of doing something new. If you don’t fail, then you’re actually screwing up in a much bigger way.” By this he means that organizations that don’t embrace failure can fall behind and be eliminated because they don’t innovate. One organization that is embracing failure and teaching others to learn from it is Failure: Lab in Grand Rapids, MI.

Another important way that leaders can encourage creativity is to look for solutions throughout the organization and solicit ideas from everyone, instead of trying to do it all themselves or looking to a few experts. Often, those on the front lines may understand the problems more thoroughly, which gives them the best perspective from which to discover innovative solutions. Also, getting them involved in developing solutions will make it easier to get their buy-in to implement those solutions.

A Commitment to Creativity
My key takeaway from Catmull’s book is that organizations that cultivate a culture of creativity do so intentionally with a daily focus on what is inhibiting creativity and a commitment to removing obstacles no matter how difficult that might be. As Catmull says, “Unleashing creativity requires that we loosen controls, accept risk, trust our colleagues, work to clear the path for them, and pay attention to anything that creates fear.”

How can you cultivate creativity—or at least avoid crushing it—in your organization?